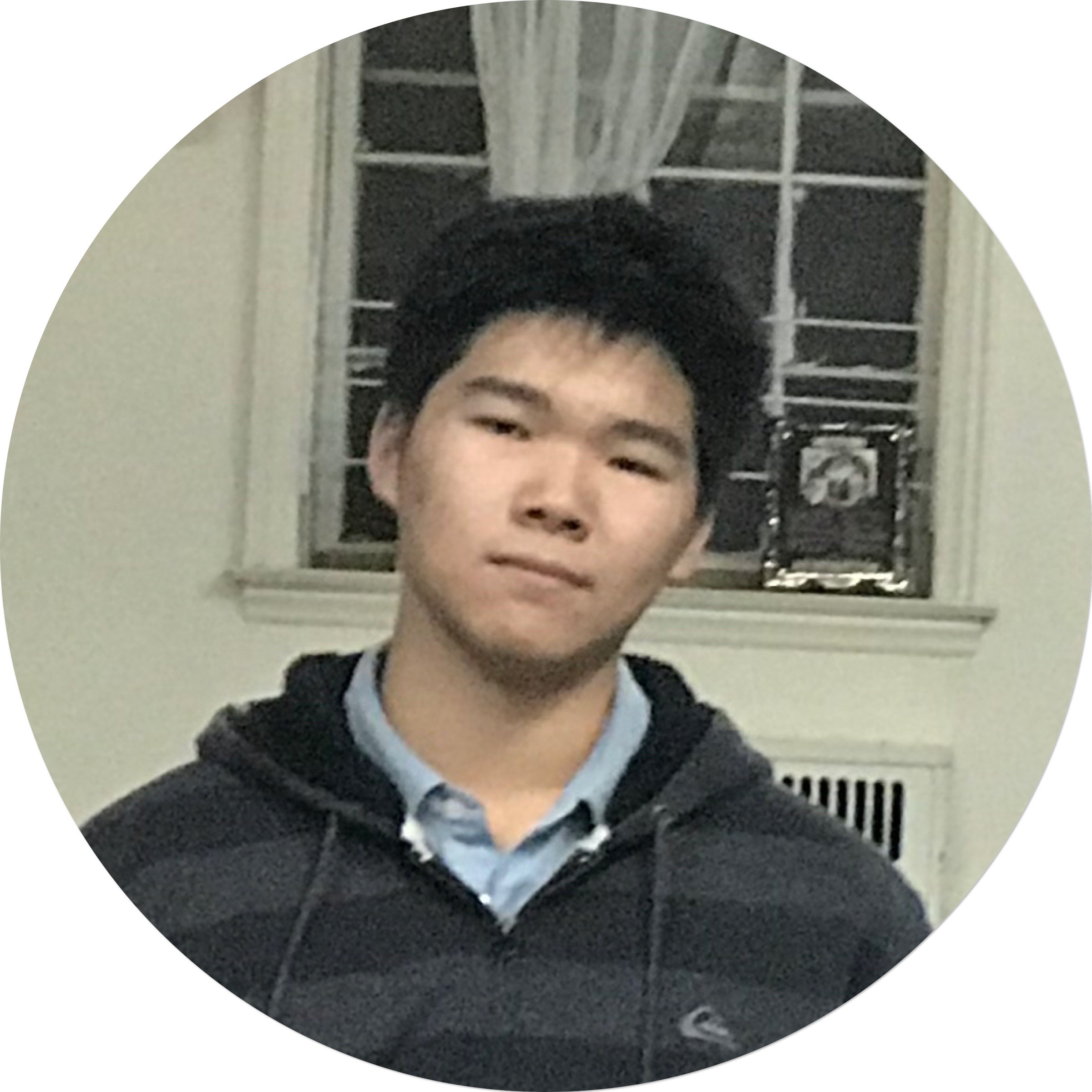 Frank is a senior at Jericho High School. Aside from being the vise president of the school's coding club, he is also a competitive bowler and a world-class Rubik's Cube solver. Through many years of VEX robotics, Frank has extensive Python experience. Programming is the future and Frank wants to share it to the world, by one step at a time, and that first step can be the TeenHacks LI hackathons. 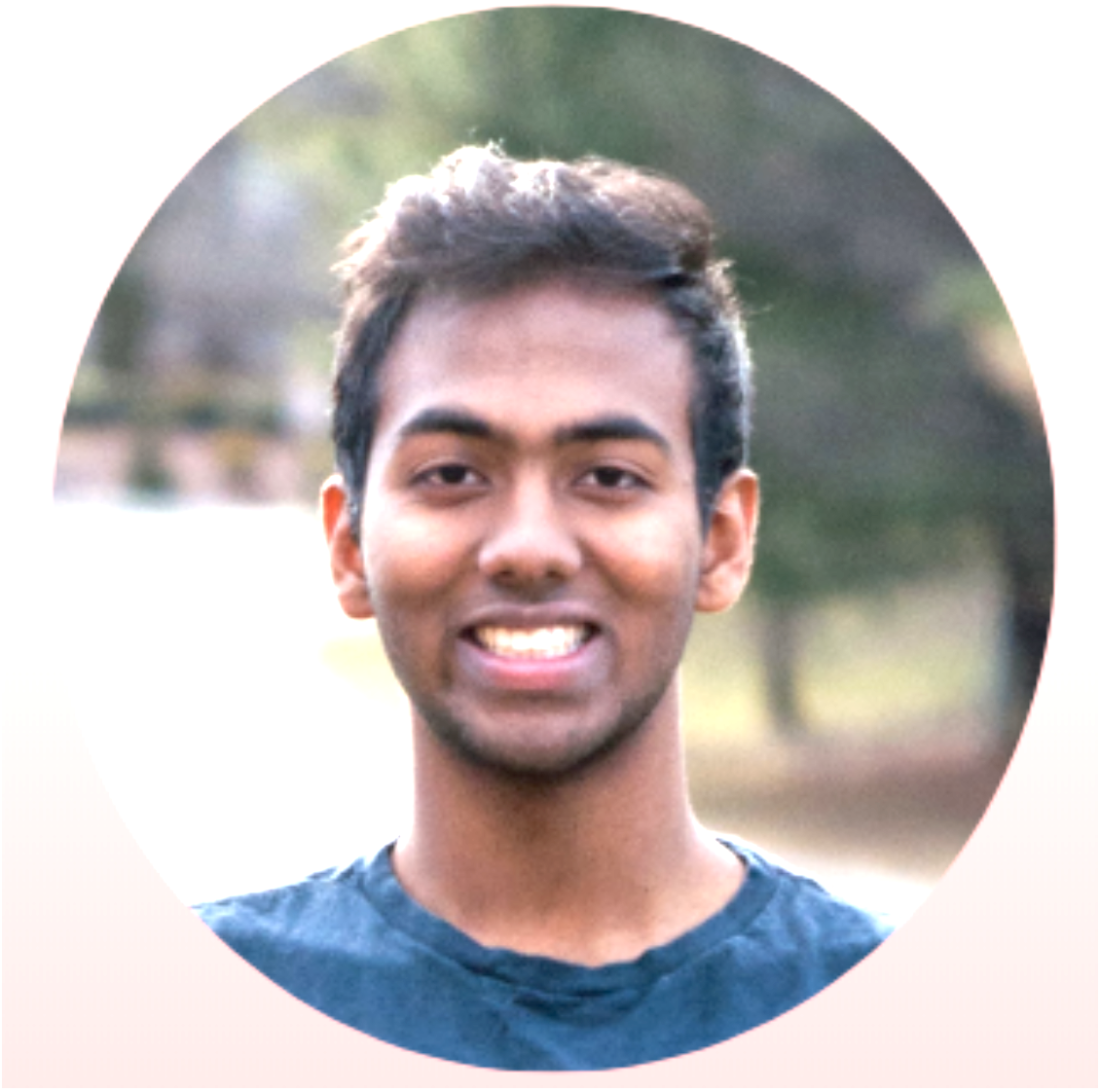 Jeffrey is a senior at South Brunswick High School and the Programming Outreach Coordinator at TeenHacksLI. Jeffrey reaches out and works with engineers working at tech companies and the STEM field to mentor and speak at our events. He loves to teach others while also learning new skills in lots of different fields. He also likes to code websites and mobile apps. In his free time, he likes to read and watch basketball games. He hopes to help many develop skills throughout STEM and apply these skills to their personal lives. 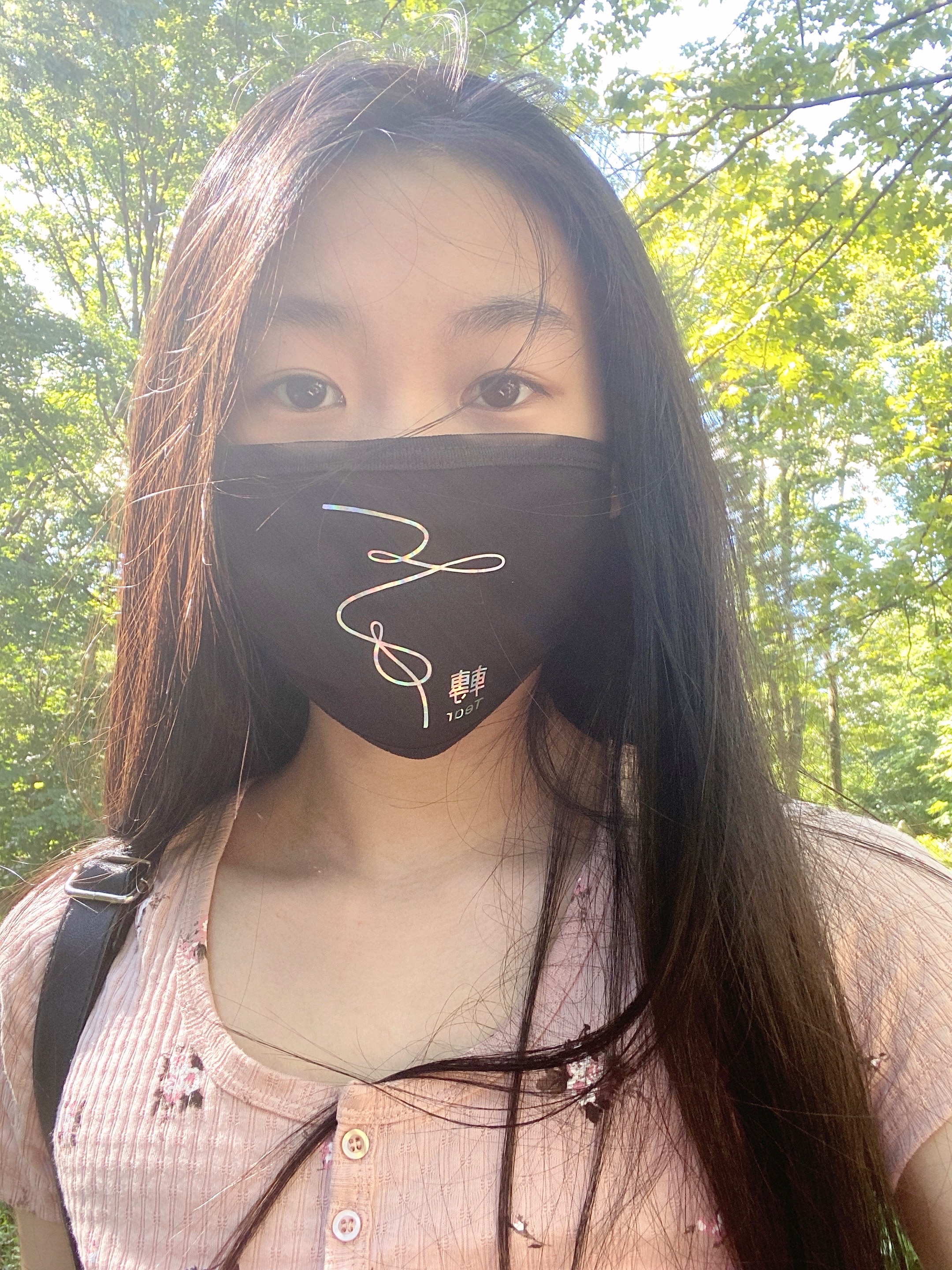 Joy Yang a sophomore at Great Neck South High School who has a passion for computer science and for music. She enjoys coding USACO problems as well as working on small-scale programming projects to use in daily life. As a member of the programming team, Joy hopes to expand the TeenHacksLI community and encourage all wannabe programmers to follow their passion. In her free time, Joy plays violin, writes, watches various C-dramas and TV shows, and enjoys attending concerts with friends.

Isabella Chen is currently a junior at the Bronx High School of Science. She is very passionate about STEM and has always been. Isabella has been interested in contributing since her first Teenhacks LI event and hopes to provide students with more hacking experiences as a part of the team. She hopes to inspire more young hackers towards the field of CS and technology and make a difference. Her focus is to give underrepresented communities and minorities the chance they need to succeed. Aside from her passion for hackathons, she also has an interest in engineering and robotics. 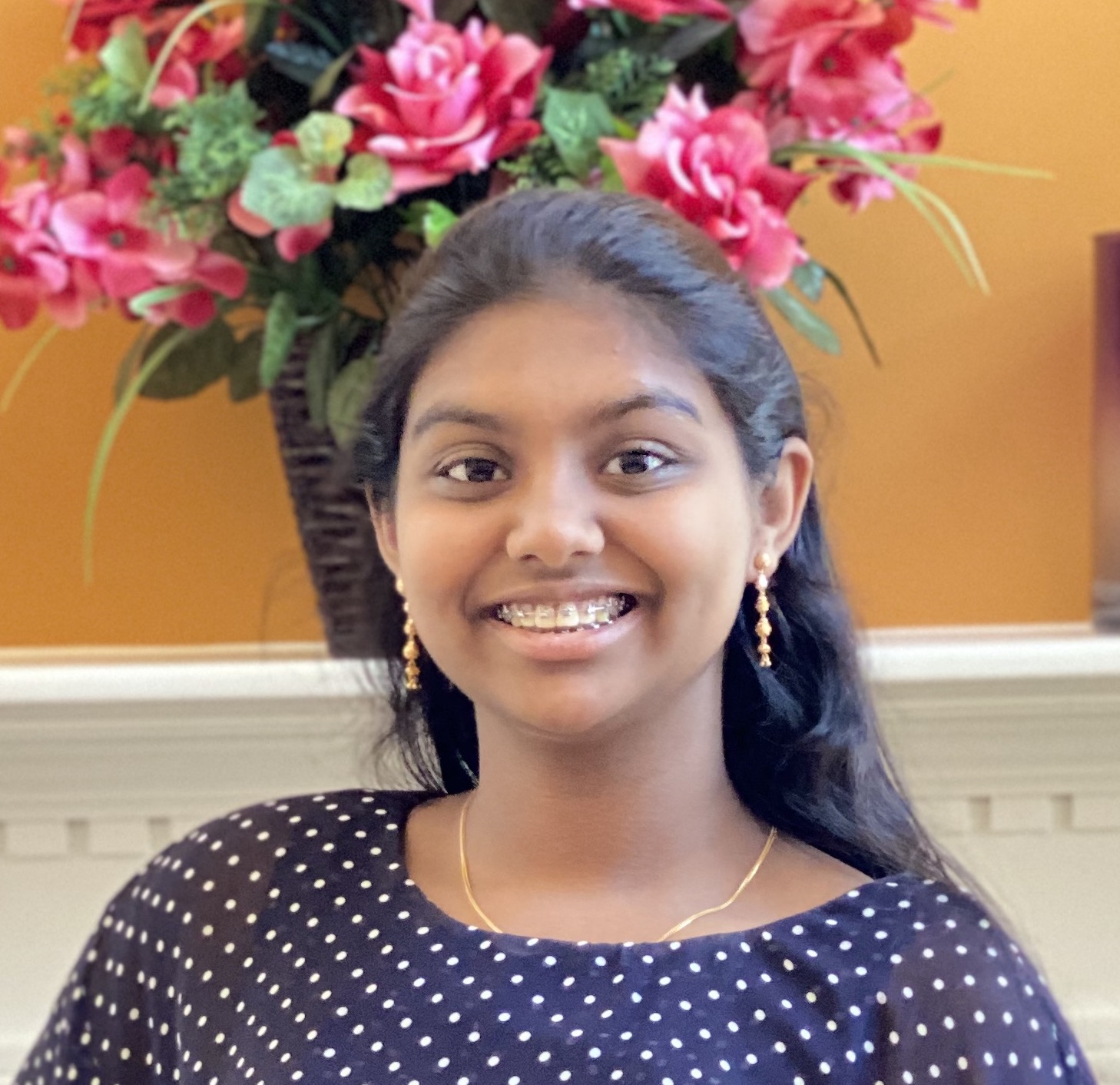 Jeslin is a junior at South Brunswick High School. Jeslin has always had a passion for STEM, but became interested in computer science by attending Girls Who Code. She loves to learn and expand her knowledge, and also tutors students in various STEM subjects. She also works with younger children and teaches them basic computer science skills through interactive programs and games. In her free time, she loves to read, bake, and work on developing her computer science skills. At TeenHacks LI, she hopes to help expand the organization to enhance the hackathon experience and inspire others to explore the computer science field. 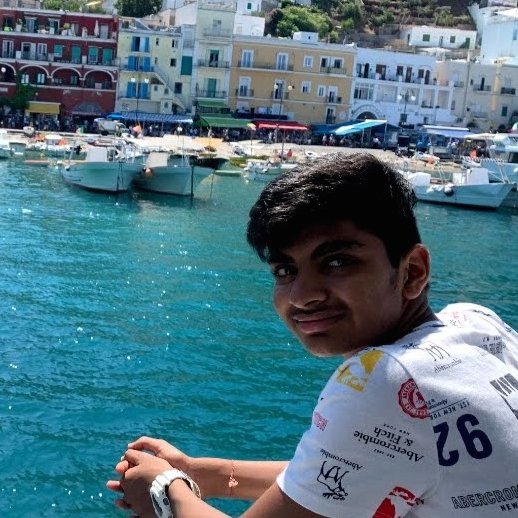 Other than watching tech videos on YouTube all day, Maanav Savani is a determined, dedicated 9th grader at Herricks High School. He is passionate about computer science and believes that technology is the future. During his free time, he participates in the Metropolitan Youth Orchestra, tennis, and his school's robotics team. Maanav has been a part of THLI since their Fall 2019 event as a Campus Ambassador, and he is interested in what THLI has and hopes to help them enhance further in the future. 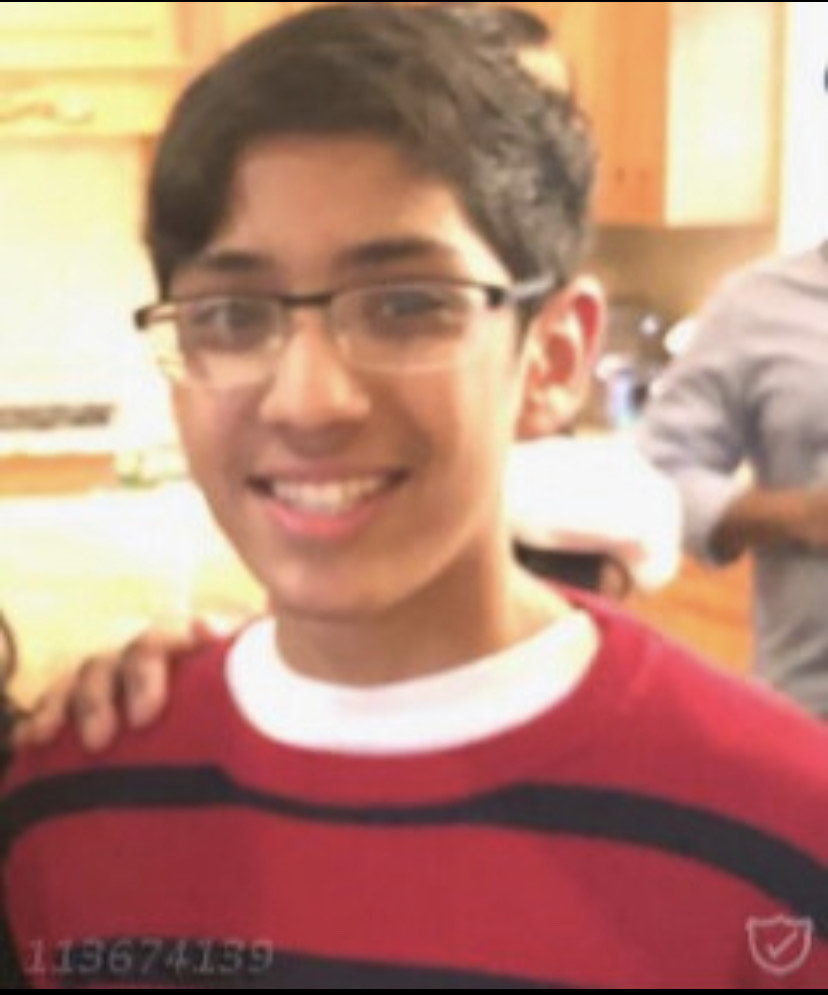 I am a rising junior at the Bronx High School of Science. One of my favorite hobbies is playing badminton, but I also like to play video games off and on. 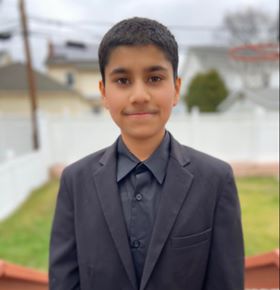 Ashay is currently a freshman at Herricks High School and has a interest for the world of STEM. He loves to design and build new things using his innovative mindset. After going to the fall 2019 event, he found that he loved this field even more and became further involved with the organization in order to spread this affinity to other people. 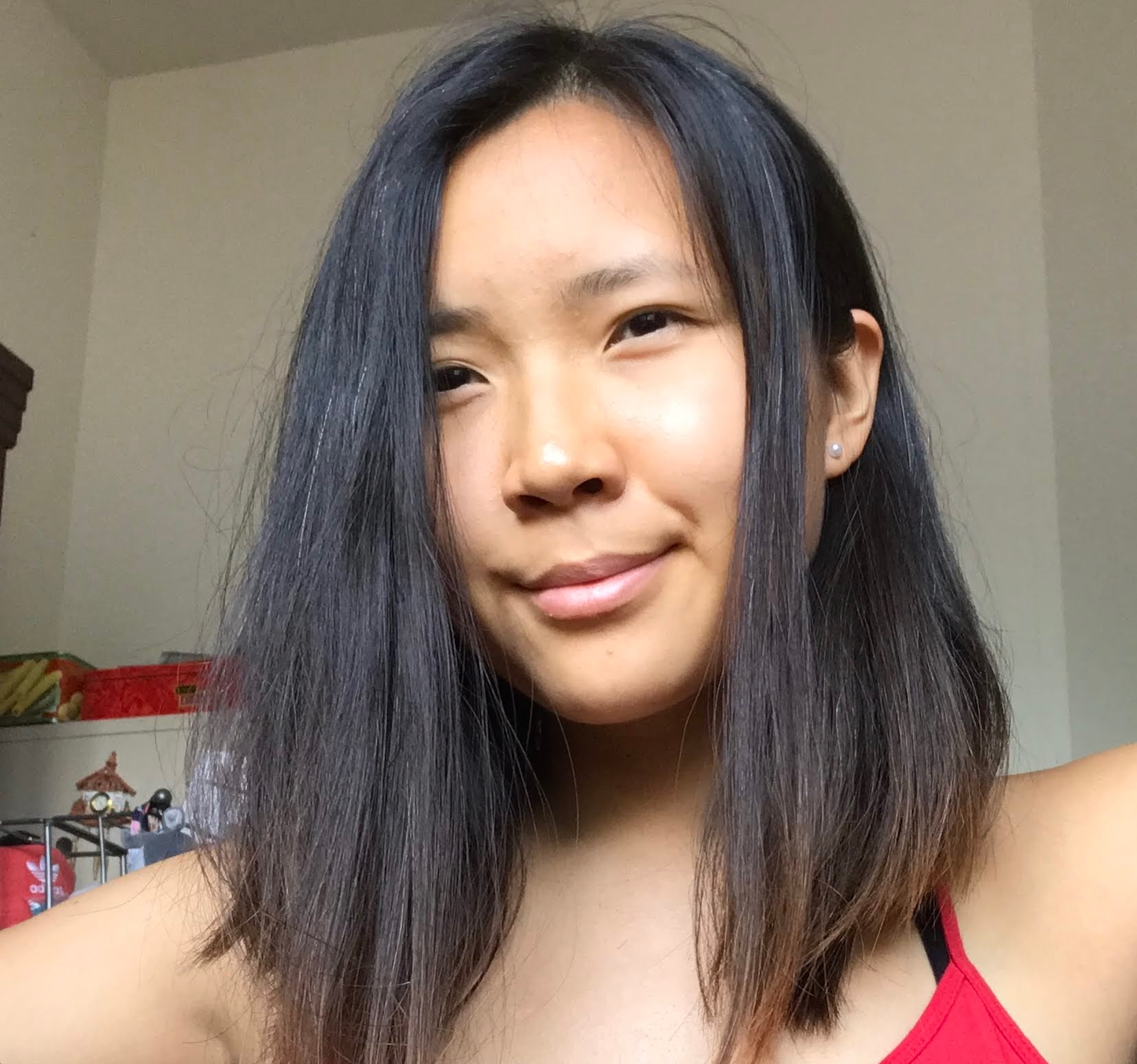 Amanda is currently a senior at Methacton High School. She understands the importance of STEM in daily life and is passionate about TeenHacksLI's cause. Her first hackathon at THLI was a very unique experience. She hopes to open opportunities for others and through working with THLI's marketing team. She enjoys seeking adventure, taking care of her plants, and experimenting with different artistic mediums. 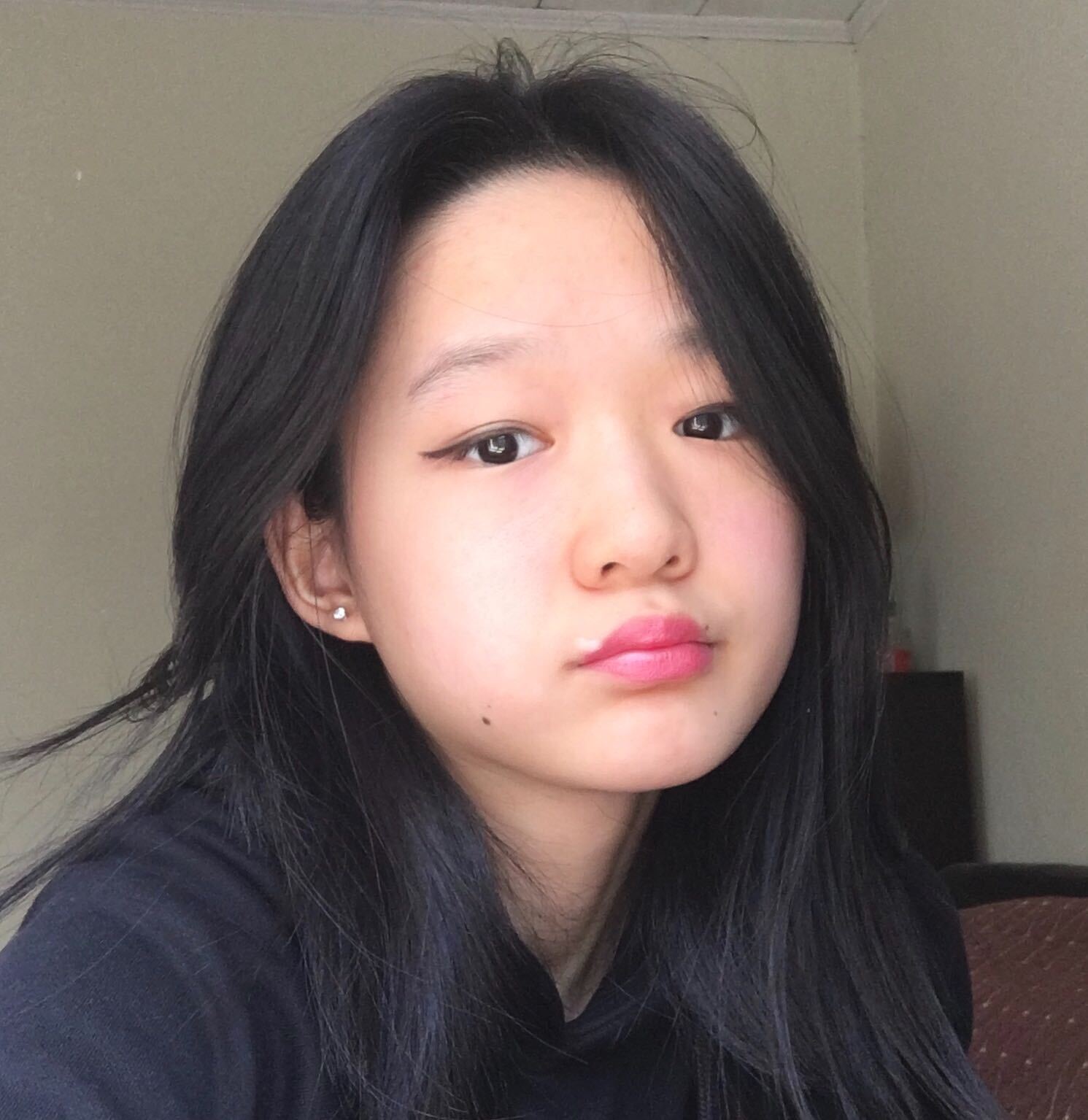 Sandy is a junior at the Bronx High School of Science. She is interested in STEM and wishes to spread her love of science to others. Sandy loves to cook, draw, and listen to music during her free time. She hopes to enlarge the hackathon community and encourage others to chase their dreams. 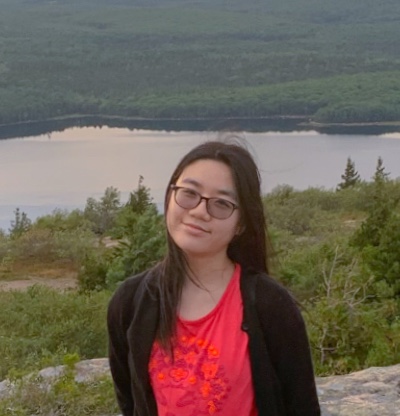 Liesel is currently a junior at Stuyvesant High School. She was first introduced to computer science through Columbia's Summer Immersion Program. Since then, Liesel has been an active member in Girls Who Code as a Student Mentor. She is also taking AP Computer Science at her high school. In her free time, Liesel enjoys quality time with her dog and her friends. At Teen Hacks, Liesel is excited to planning the Hackathon and improving the TeenHacks website! 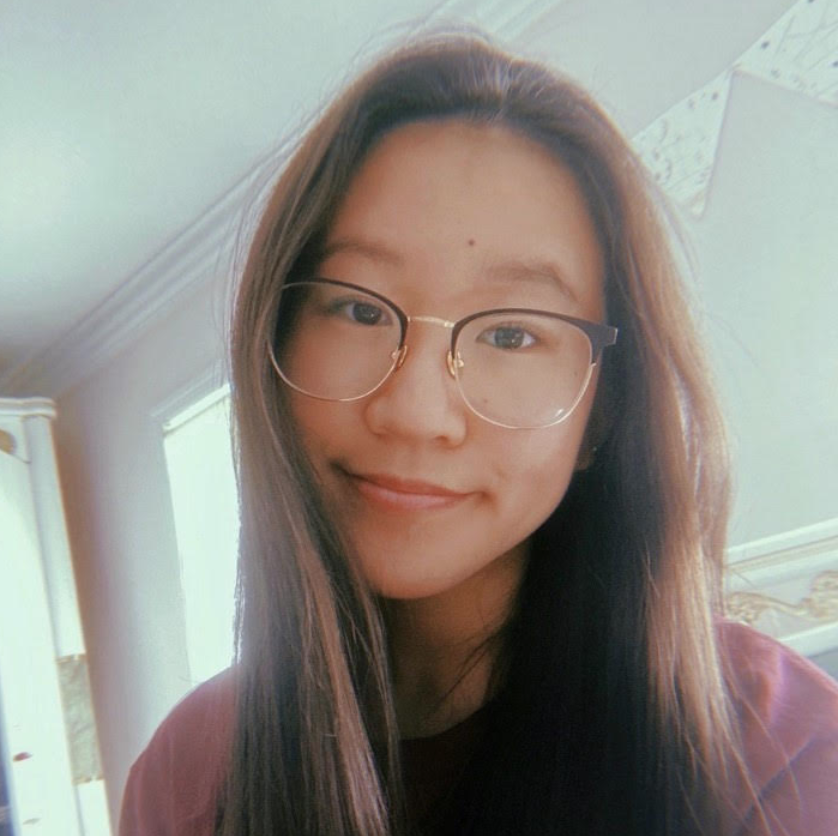 Phebe Jiang is a junior at Mount Sinai High School. She holds a passion for computer science and mathematics but also appreciates rainy days and many genres of music. She is an active member of her school’s computer club and computer classes. After attending the Fall 2019 hackathon, she wanted to become more involved with the event and decided to joined the Logistics team. She is especially excited to contribute to the upcoming hackathon and draw more students’ interests towards the ever-growing field of STEM. 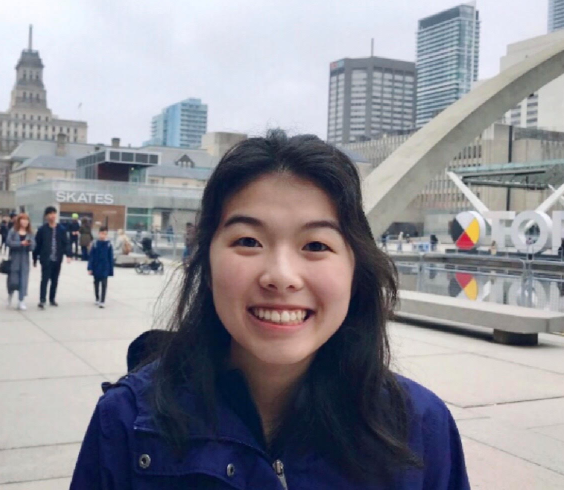 Sarah is a rising senior from Methacton High School. She hopes to help others develop knowledge in STEAM and to share her passion for these fields. In her free time, she enjoys trying new foods, learning, and dancing. 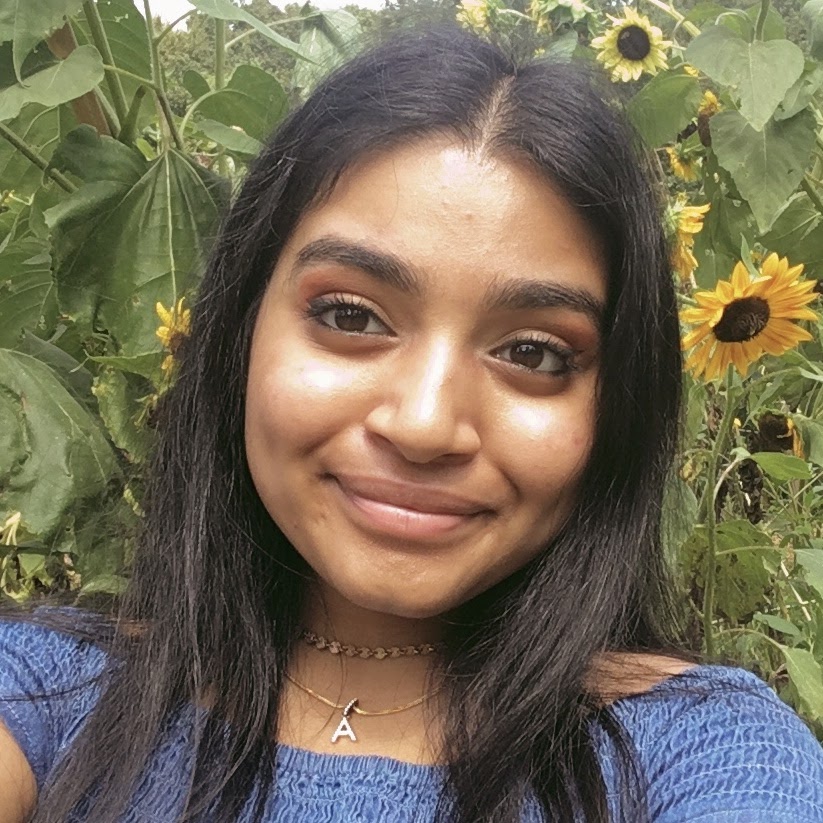 Arpitha Vinod is a senior at Herricks High School who loves coding and dancing. In her free time she voluntarily teaches young kids different programming languages because she believes unique problem solving skills can be taught through coding, a necessary skill for the future. She is also a trained classical Indian dancer and loves to perform in various programs, embracing her culture. While the Fall 2020 Hackathon can’t be in person this year, Arpitha is excited to work with the rest of the team and keep everyone updated about the new changes through informative blog posts. 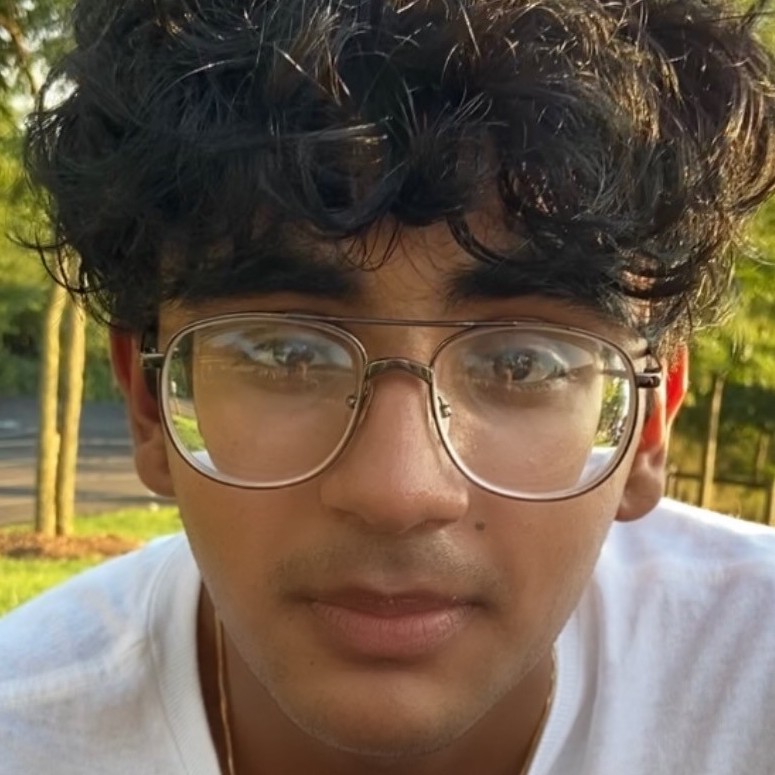 Gurpret is a junior at the Bronx High School of Science. He has a zealous passion for the STEM field, and is pursuing research in the field of physics and incorporating programming languages such as Python and Matlab into the mix. His love for coding traces all the way back to middle school and he aspires to continue on his journey of computer science. Furthermore, he is an avid public speaker, being a part of Congressional Debate and helping to run the Ted-Ed at his school. As Public Media Coordinator, Gurpreet works to reach out to organizations to help endorse and grow the organization. 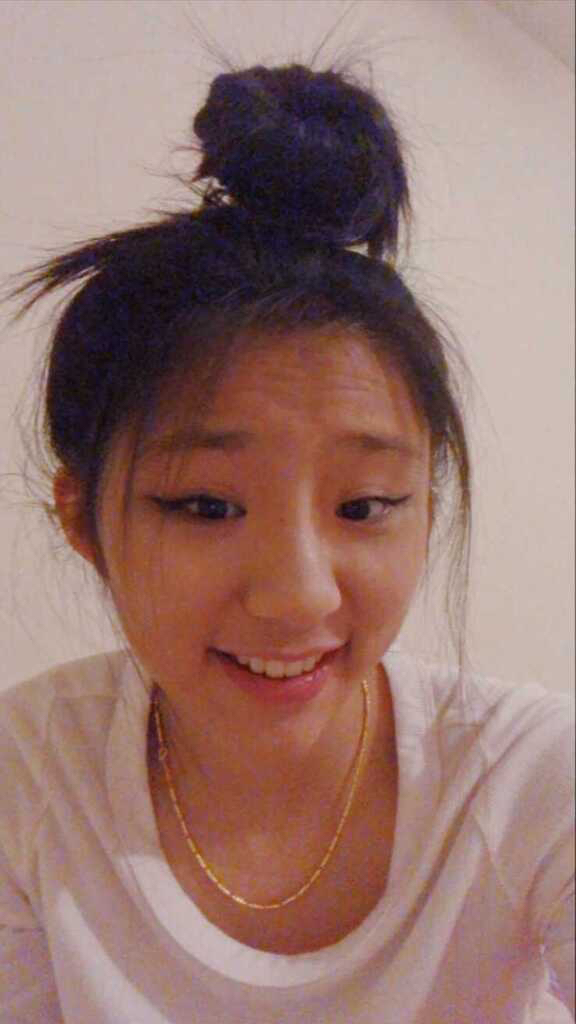 Sophia is a freshman at Episcopal Academy. Whether it is participating in science fairs or taking coding classes, Sophia has always dabbled in the STEM field. From being the current DEI (diversity, equity, inclusivity) student council member for her school and now the Scholastic Public Coordinator for Teenhacks, she hopes she can inspire and encourage local institutions or publications to advocate for marginalized communities when it comes to STEM education; an example being improving how women in the STEM field are treated by showing how much they truly can accomplish. Additionally, in her free time, she likes to play squash and the cello; not to mention the newest hobby that she just picked up: knitting. 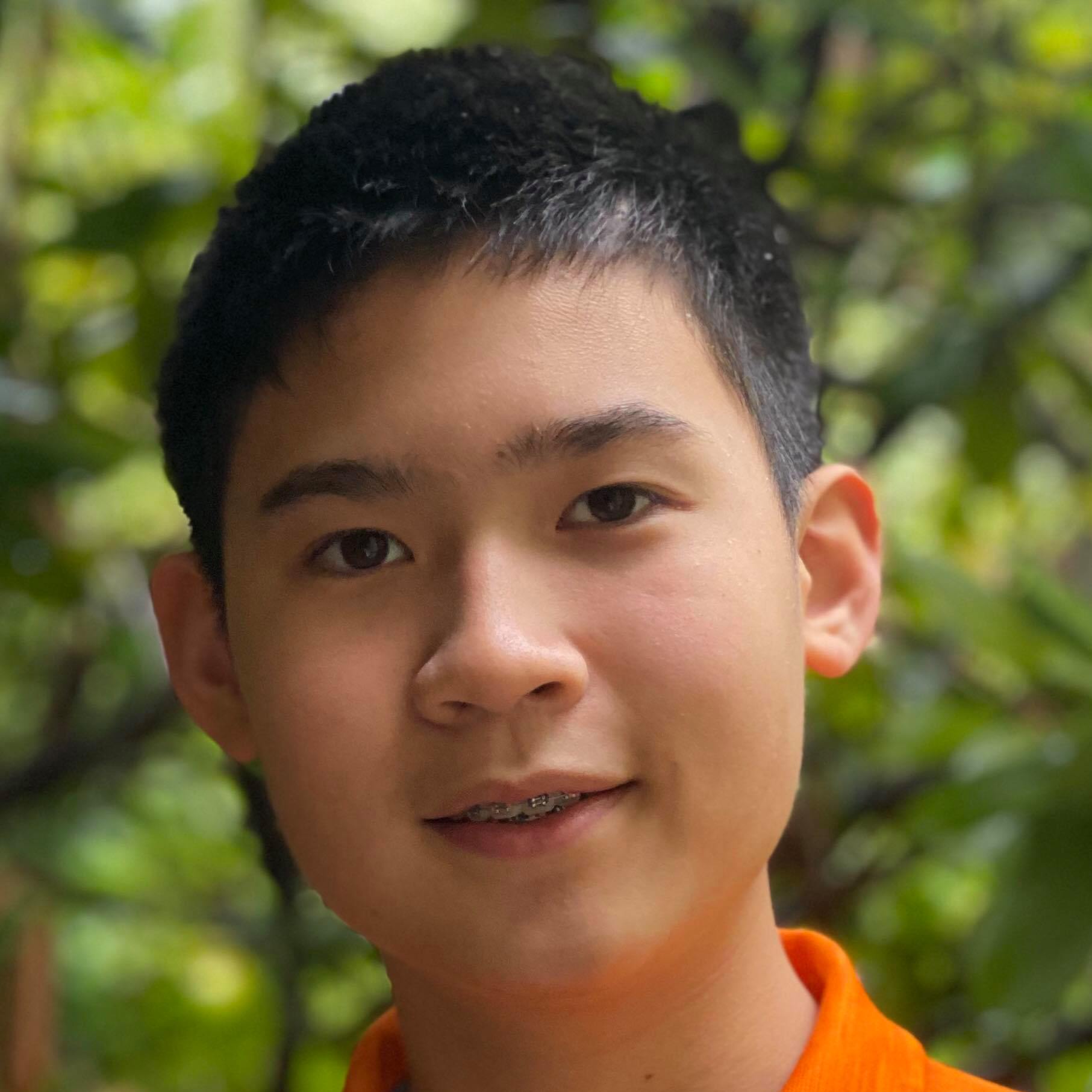 Charlie Yin is currently a Junior at Great Neck South High School. His interests are focused around STEM, mainly with mathematics and programming. He is a competitor in the Silver Division of the United States of America Computing Olympiad, and has scored highly on the AMC 10, qualifying for the American Invitational Mathematics Examination. Outside of GNSHS, Charlie is a Campus Ambassador Coordinator for TeenHacksLI, the East Coast’s largest 24-hour hackathon. He participates in “Capture the Flag” programming challenges on teams with Ross Williams, among other students. He has previously placed in the top 3% for the picoCTF event, and top 4% in the angstromCTF event. 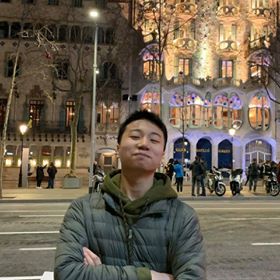 Henry Gao is currently a sophomore at Great Neck South High School. His interest in STEM started from attending hackathons, and it has flourished into a curiosity in both computer science and robotics. Having attend both Teenhacksli events, this will be his first time working for the team as a Campus Ambassador Coordinator 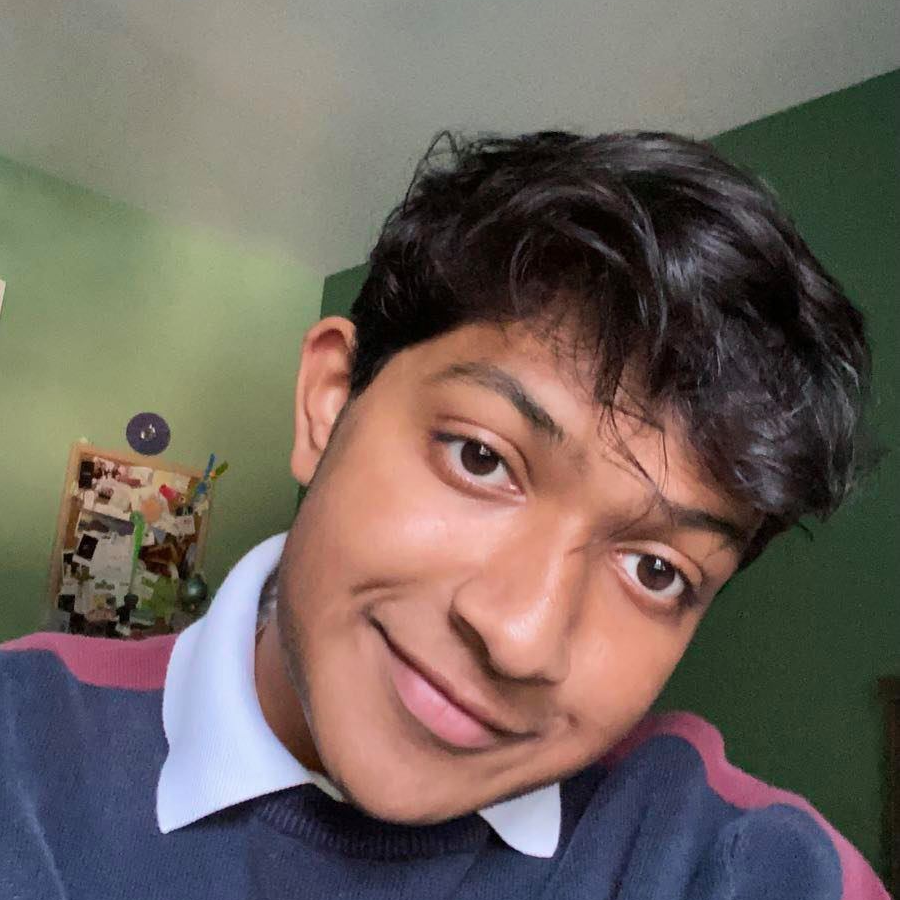 Deep Patel is a sophomore at mount sinai high school and he loves to create and learn. He has been involved in Computer Sciences for three years. He is passionate about hackathons ever since he attended his first last fall. He is excited to encourage Campus Ambassadors and inform students about the event. 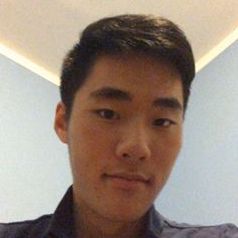 Kobe Zheng is a student at Great Neck South High School who enjoys playing video games. He is interested in music technology and he hopes to pursue software engineering.